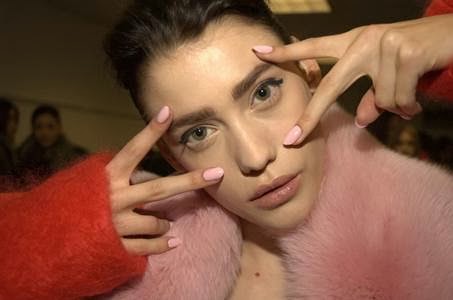 At Kaelen, going for a girly, yet feminine and strong look, Pattie mixed two custom Patricia Yankee Nail Lacquers, a taupe using ¾ of her Flesh shade and ¼ Cornerstone and a pink where she applied one coat of Love then a coat of Veil. Using her Inspire Nails in Clear Almond, she adhered to models’ nails and then filed into a rounded point. 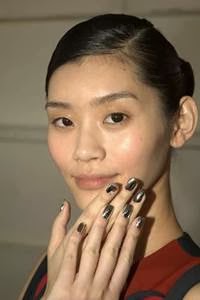 With the “lyrical abstraction” inspired collection, Pattie collaborated with the Delpozo design team to create a striking, yet simplistic nail. “We wanted the models to be able to see the gorgeous pieces they were wearing,” says Yankee, “with the mirrored nails, we were able to achieve that.” Yankee and her team applied glue tabs to the back of the press on nails and adhered them to the models. The nails were then filed down to a natural length with a rounded shape. 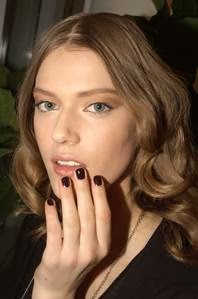 Looking for a retro-futuristic look, Porsche design chose the Patricia Nail Lacquer in Covenant, a vampy, deep eggplant. Keeping with the designer’s chic look, two coats were applied to short, natural nails with a glossy top coat.
Posted by Kim Weling at 6:42 AM