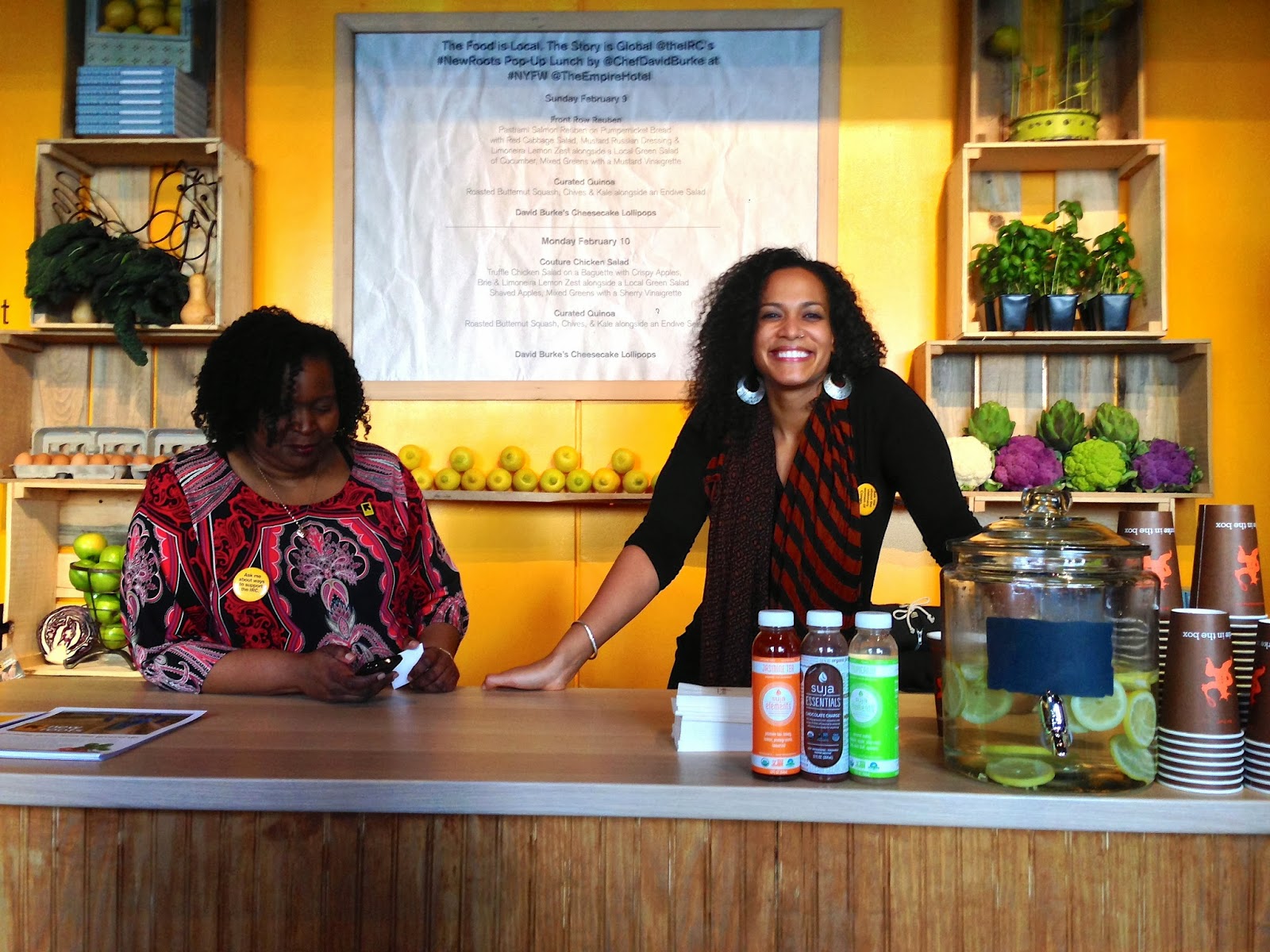 Guests also enjoyed juices by Suja - specifically their Elements Tropicaloe drink. A portion of the sales of this Suja flavor is donated to support the IRC. In addition, long time IRC supporter Threads for Thought outfitted the Pop-Up staff in t-shirts made from sustainable materials. Limoneira supplied all of the lemons for the recipes created at the IRC New Roots Pop-Up.

The IRC New Roots Pop-Up was open on February 9th and 10th. Here's a look at the menu. I went with the Couture Chicken Salad, which tasted amazing with brie. I wish I had access to these lunch options every day! 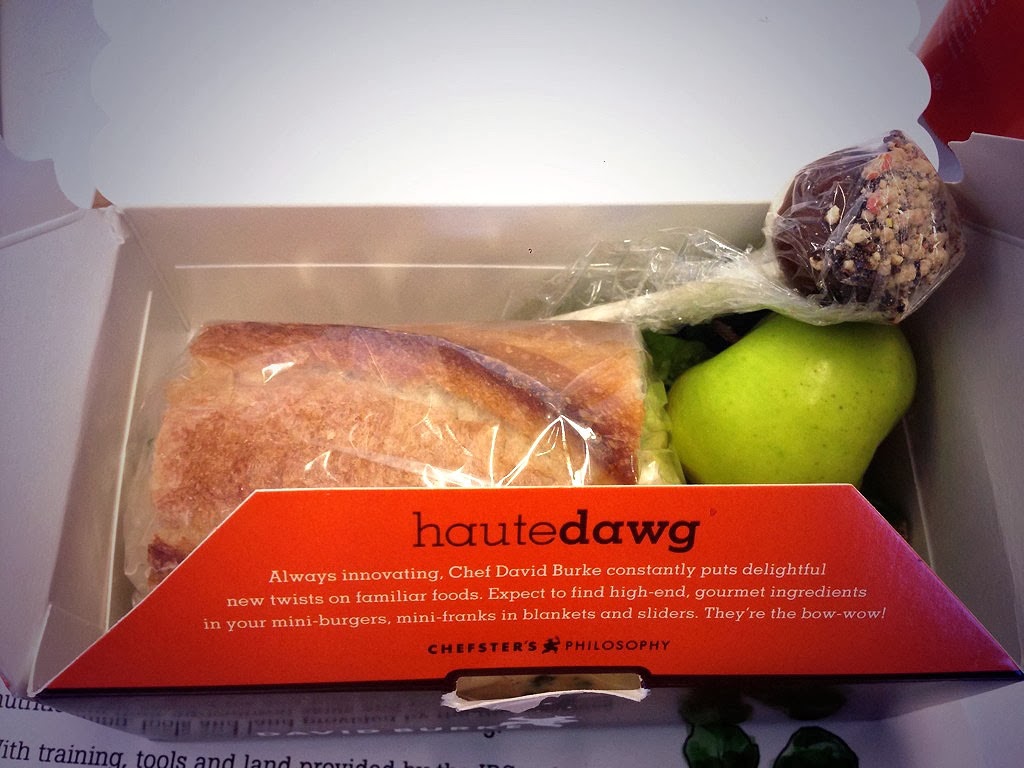 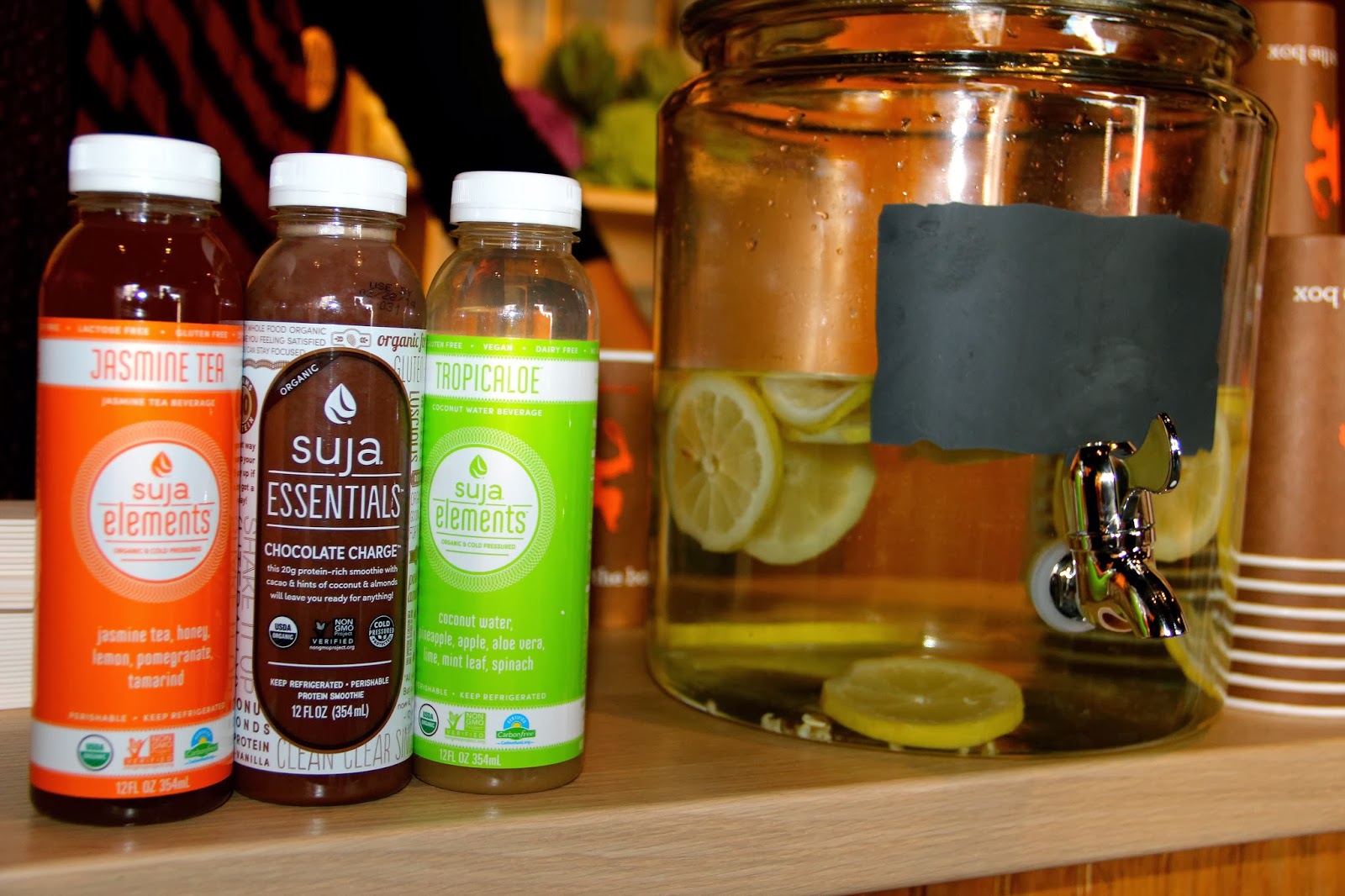 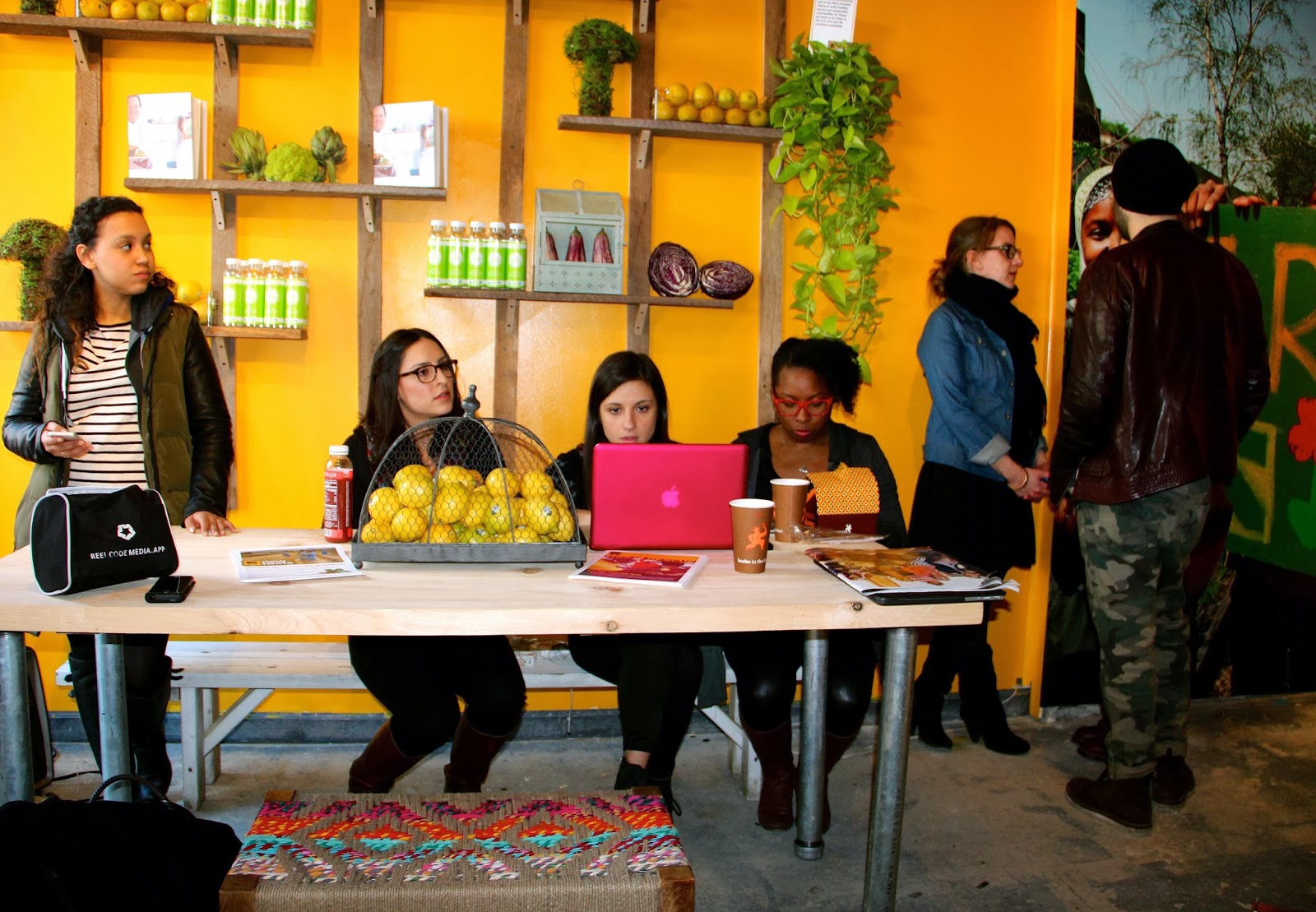 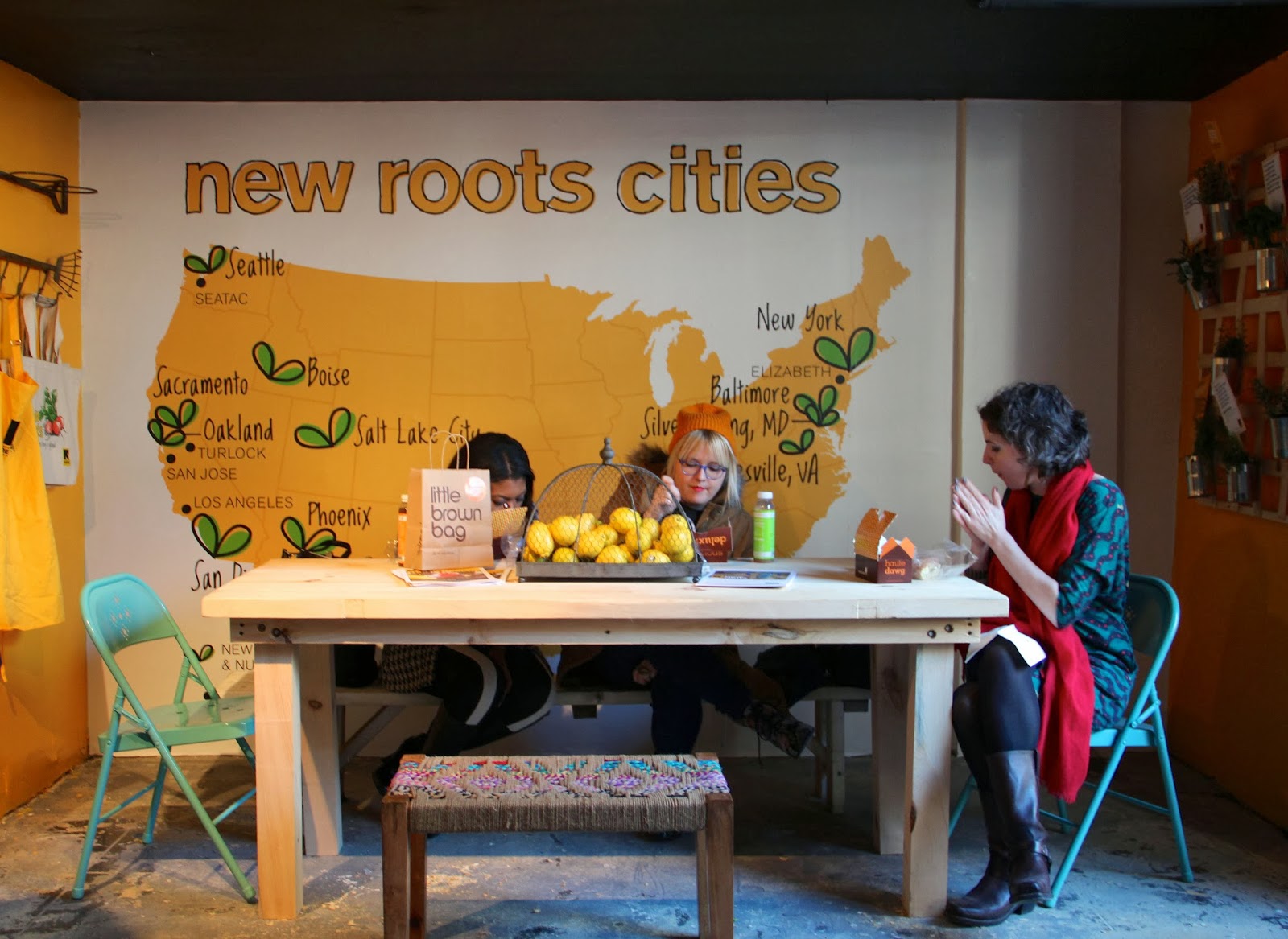 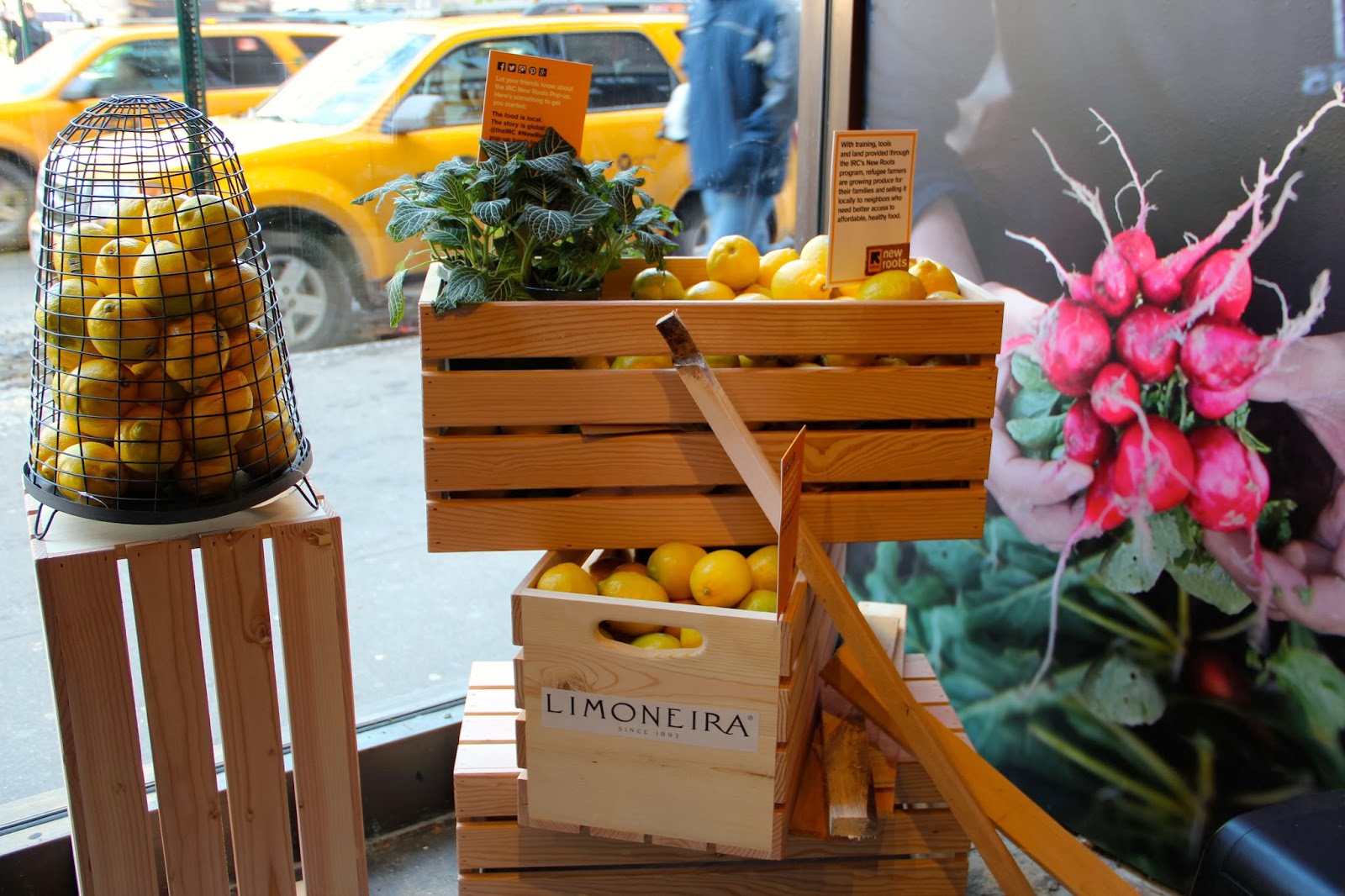 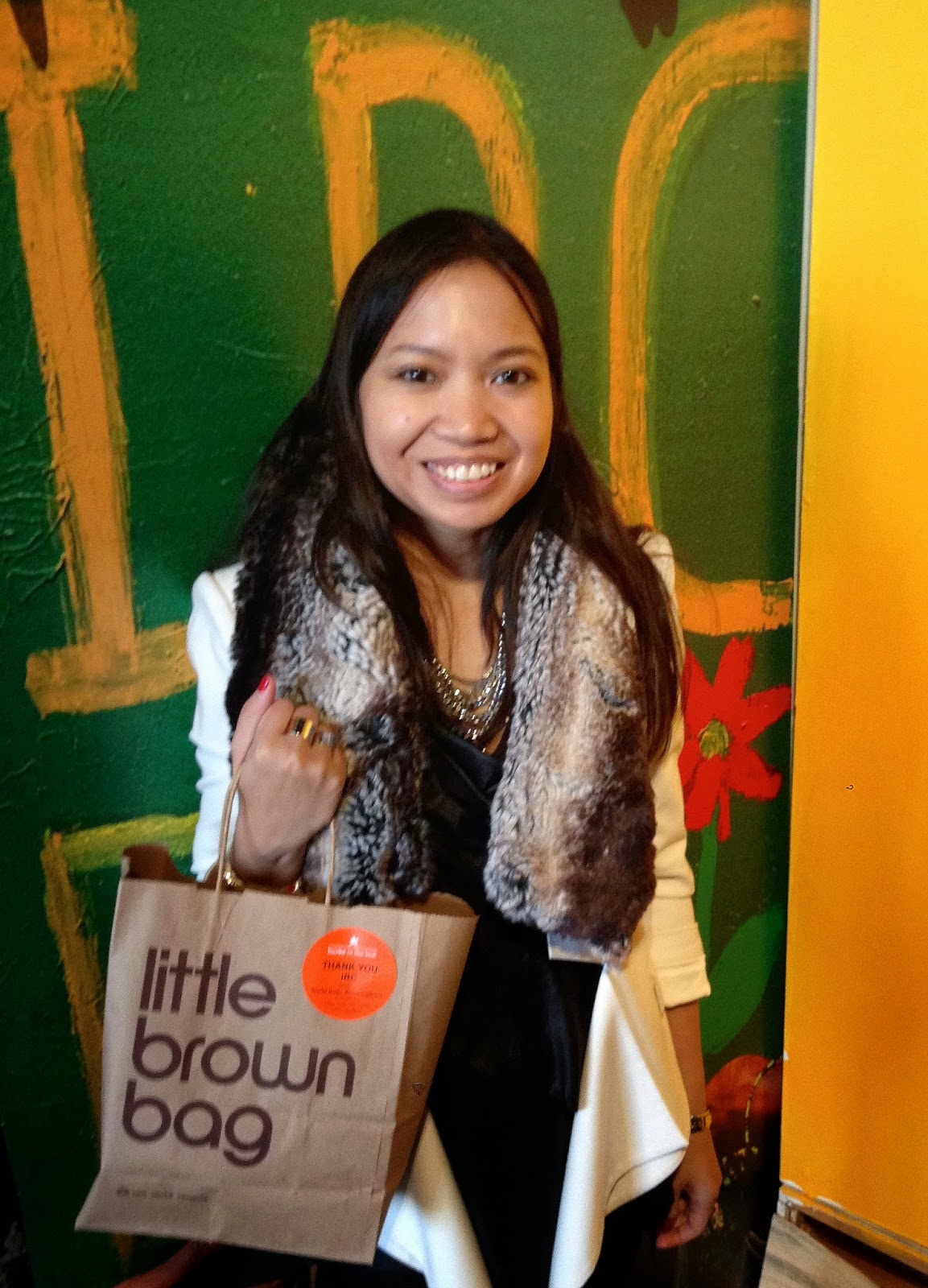