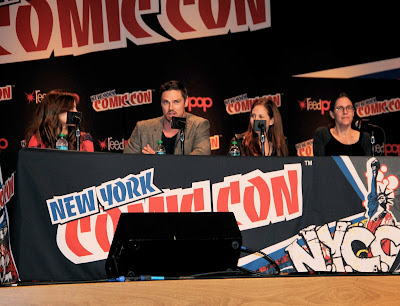 During New York Comic Con 2013, attendees joined Kristin Kreuk and Jay Ryan, along with executive producers Jennifer Levin ("Without a Trace") and Sherri Cooper ("Brothers and Sisters") for the Beauty and the Beast panel.

Winner of the 2012 People's Choice Award for Favorite New TV Drama, Beauty and the Beast is a modern twist on the well-known story. In the second season, Detective Catherine Chandler (Kreuk) reunites with Vincent Keller (Ryan) after last season's abduction - but not in the way she planned. He's changed: his scar has disappeared, his memory has been wiped clean and he returns as a supercharged beast on a mysterious mission. Catherine needs to unravel the reasons behind Vincent's change if she has any hope of recovering their epic love, while also trying to solve the secrets that swirl around her own life. 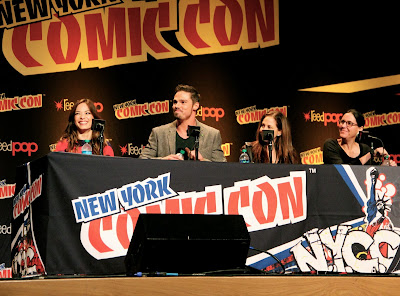 The panel discusses the volatility between Catherine and Vincent, mythology and beasts, filming in NYC and who Catherine's father really is and what he's been doing.