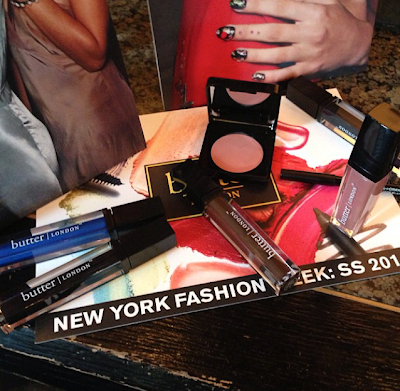 On September 12th, butter LONDON and Global Colour Ambassador, Katie Jane Hughes hosted the butter LONDON Lounge at the Soho Grand Clubroom. For the last day of fashion week, attendees relaxed and recharged with complimentary make-up touch ups and manicures and checked out the latest launches from butter LONDON, including butter LONDON's first cosmetics collection, Rock Your Colour, celebrating self-expression with shades inspired by the catwalk.

For my make-up touchup, 'Inky Six' and 'Union Jack Black' mascara were used to create a bold blue eyeliner. I also received a great tip: 'Brown Sugar' mascara can be used on the eyebrows too! After my make-up touch up, I received a 'glitterfall' mani - a combination of Cuppa and The 444 colors. 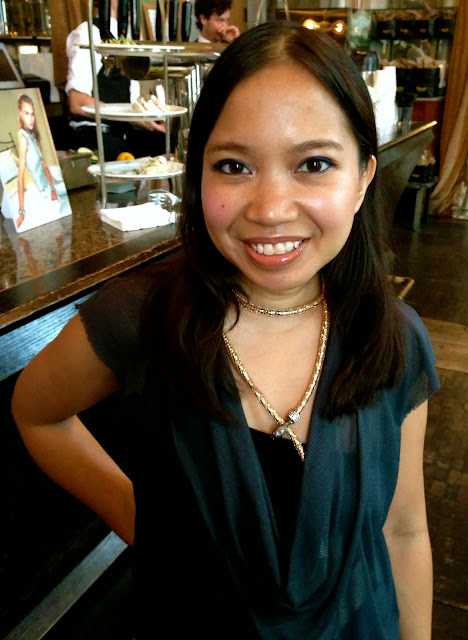 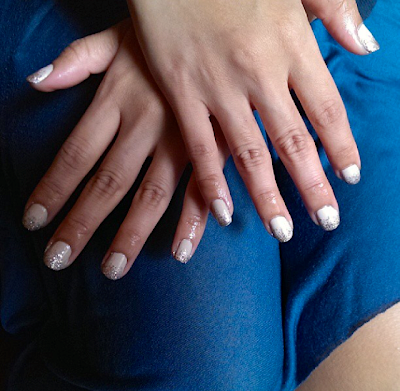 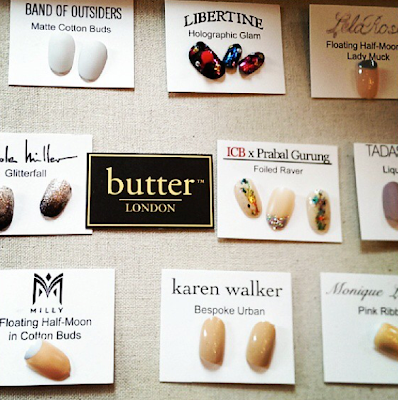 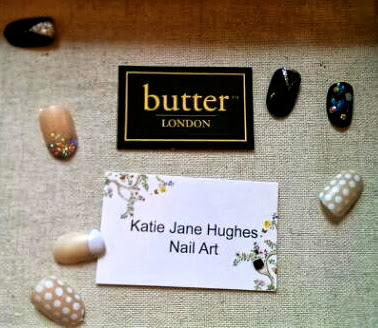 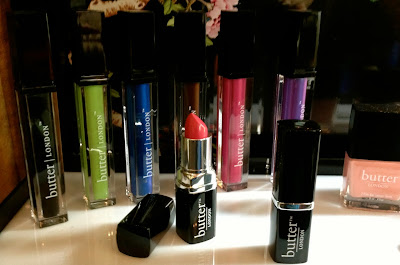 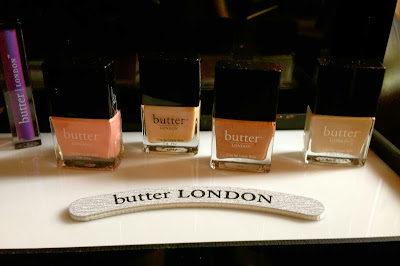 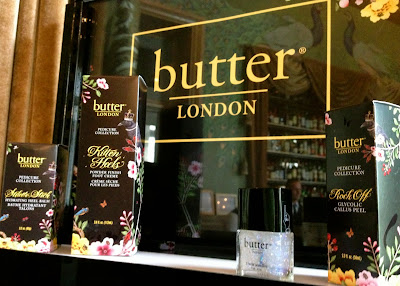 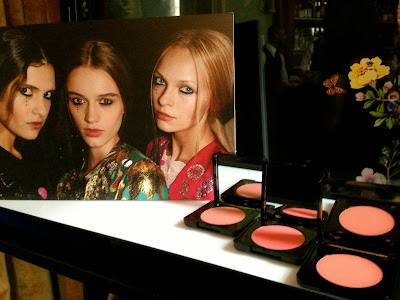