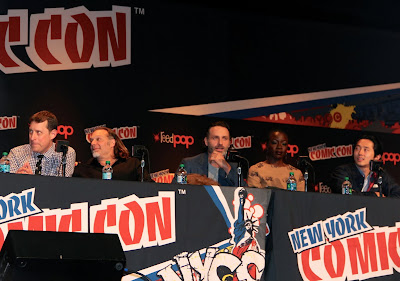 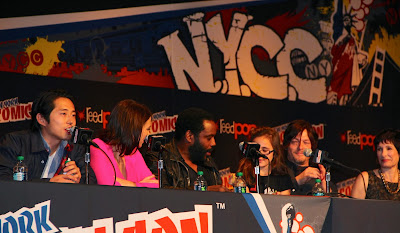 Fans sat in the Main Stage 1-D all day to get into this panel, moderated by surprise guest Yvette Nicole Brown ("Community"). The panel included a sneak preview and discussion on season four followed by Q&A. Check out some of the video clips below from the panel. 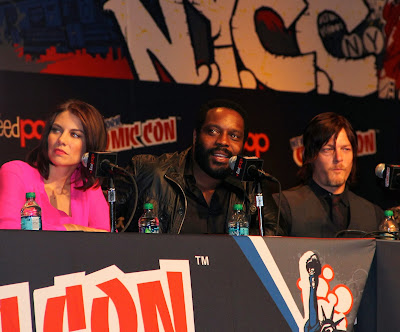 A look at Michonne's and Carol's characters, and an upcoming character to the show - Michael Cudlitz as Sgt Abraham Ford. More characters introduced this season include Dr. Eugene Porter played by Josh McDermitt and Rosita Espinosa played by Christian Serratos.

More walkers and new ways to kill them in The Walking Dead Season 4.

Norman Reedus discusses Daryl's character. Norman is definitely the fan favorite (and mine, too). He entered the panel throwing stuffed squirrels, has everyone do a happy birthday shot out with him, and even has a young fan join him on the panel.

Greg Nicotero entered the panel in a zombie mask. Love it! 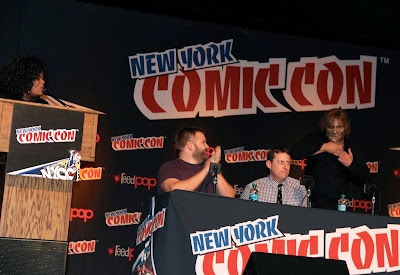 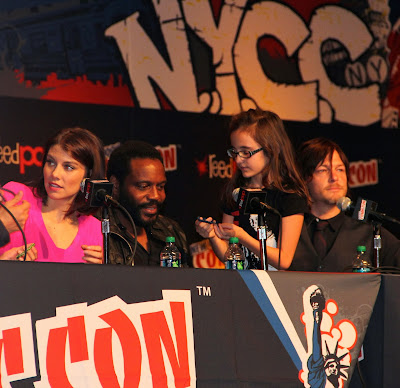 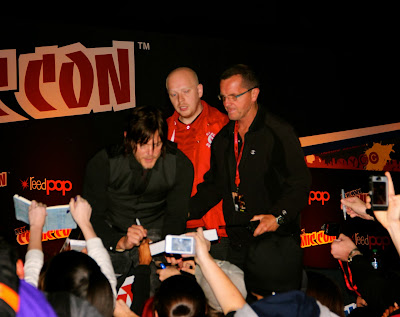