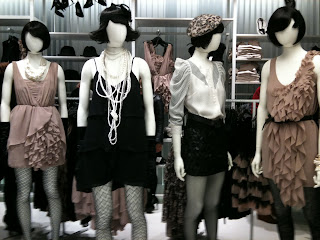 Today, October 21st, H&M, Hennes & Mauritz, will unveil its two newly renovated stores in Soho at 10:00 a.m. Both H&M stores have been rebuilt with all new interior and fixtures, giving them a fresh new look.
The H&M Soho II location expands its store by adding an entire new level. This location will now feature the young trend department, an exclusive lingerie section, and the casual sportswear collections for both men and women in addition to the Ladies' and Men's collections!
In celebration of both grand re-openings, H&M Soho I and H&M Soho II will offer the first 200 shoppers in line at each location an H&M T-shirt and Access to Fashion Pass, valued from $10 to $300. One luckywinner at each location will receive an All Access Fashion Pass, allowing them early entry to the store to shop before doors open to the public.
H&M Soho I
558 Broadway bet Prince and Spring streets
New York, NY 10012
(212) 343-2722
H&M Soho II
515 Broadway bet Spring and Broome streets
New York, NY 10015
(212) 965-8975
Posted by Kim Weling at 1:17 AM