During New York Comic Con 2013 this past October, after The Following panel I sat down with James Purefoy (one of my favorite actors and incredibly charming), creator/executive producer Kevin Williamson and Valorie Curry.
First thing's first - I had to start off the interview asking James Purefoy who his leather jacket was by and he filled me in on his shopping trip. Major retailer fashion faux pas. I'm sure they are kicking themselves now. Watch the video to find out what happened!

Now for the question on everyone's mind - is Joe Carroll really dead? We couldn't get a straight yes or no answer from the cast but my guess would be no. I highly doubt a mastermind like Joe Carroll could be killed off so easily.

The Following returns to FOX with a special preview on January 19th after the NFC Championship and then on Mondays at 9/8c starting January 27th.
Check out my full interview with James Purefoy, as he also discusses Joe's character as a sociopath.

Kevin Williamson talks about the writing process for The Following and touches on Joe Carroll as a sociopath and how he influences people.

Valorie Curry talks about Emma Hill's character on The Following


I couldn't leave without a picture with James! 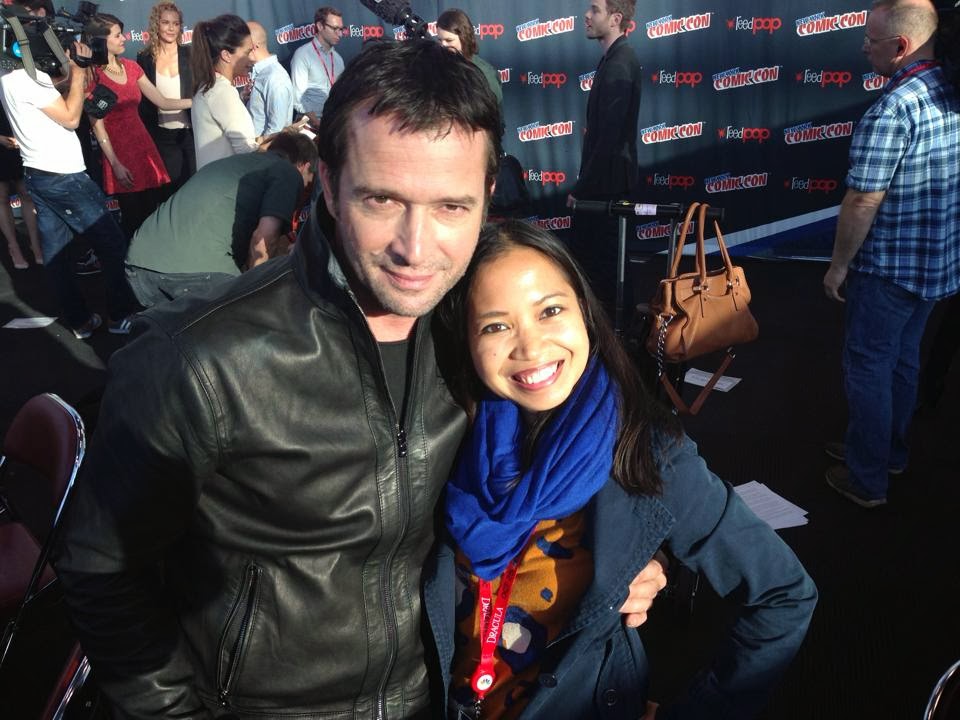 For more on The Following Season 2, check out my interviews with Kevin Bacon and Shawn Ashmore as well as Connie Nielsen and Marcos Siega. Click here for clips from The Following New York Comic Con  2013 panel.
- Kim Weling
Posted by Kim Weling at 3:10 PM