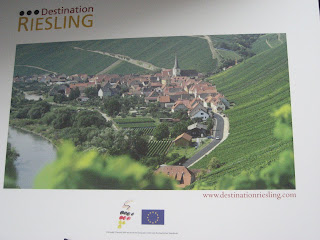 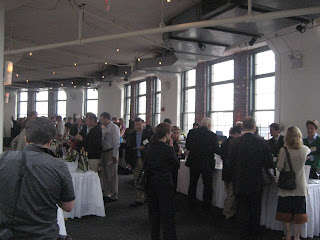 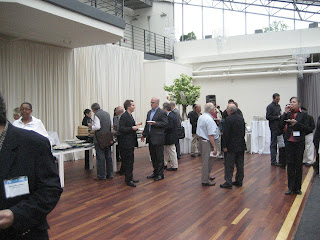 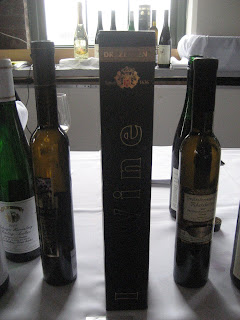 My favorite wine happens to be a sweet, rich and fruity Riesling, so it was my pleasure to attend the Riesling & Co. 2009 World Tour at the Tribeca Rooftop on June 10, 2009. The Riesling tasting showcased world-class winemakers from Germany, Austria and Alsace. The Tribeca Rooftop also catered the event, offering sushi, dumplings, fried rolls, noodles and salad to attendees. Right after the wine trade/media tasting from 1-5pm, there was also a consumer tasting that took place from 6-9pm.

With the limited amount of time I had, arriving late in the afternoon, I went through 24 tables in one hour. There were 31 tables and producers total. The tasting book listing all producers by region and table number with floor plan was very helpful. I learned that I prefer Rieslings between 110-160 g/L of sugar.

Germany happens to be home to more than 60% of the world’s Riesling vineyards. Wines of Germany and the European Union (EU) are conducting a three-year joint campaign, “Destination Riesling,” to market and increase awareness for European Riesling among U.S. consumers.