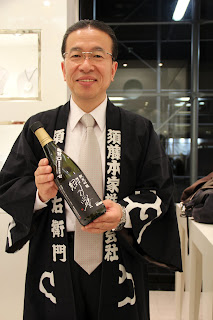 Genuemon Sudo with a bottle of Junmai Daiginjo
On Wednesday May 9th I attended the La Maison du Chocolat and Bernardaud chocolate & sake pairing at the Bernardaud at 499 Park Avenue. I'm used to chocolate & wine pairings, but pairing chocolate & sake was new to me.
Guests experienced featured sakes including Urakasumi, Sudohonke, Masumi and Masuizumi, in a Bernardaud Anno cup designed by architect Sylvain Debuisson.

Genuemon Sudo introduced me to my favorite sake, Satononohomare Junmai Daiginjo from Sudohonke Brewery. It is a sweet sake with good acidity and 16% alcohol content, pairing well with foie gras and desserts such as chocolate. It is currently not available in the U.S. but would retail for about $300. The tasting wouldn't be complete without trying "Kakunko" Junmai Ginjo, which is a $700 bottle of sake you'll find at Jean Georges.
Sudohonke Brewery boasts a legacy of 55 generations of family ownership, with water sourced from the family's own wells in Obara, which is still used to produce it's sake.
Urakasumi Brewery was founded in 1724 in Shigama. Koichi Saura represents the company's 13th generation of sake masters and is Vice President of the Association of Sake Masters. The brand name is derived from an old poem and means "misty bay." Urakasumi produces classic and elegant sake utilizing its own premium yeast and is the first to sell unpasteurized sake.
The Masumi Brewery was established in 1662 in Nagano. Masumi means "transparency or truth" and produces sake praised throughout the centuries by Shoguns and warriors. Katushiko Miyasaka Masumi's 24th generation of the family-run enterprise.
Ryuichiro Masuda is a 5th generation sake master for Masuizumi Brewery, located in Toyama. Sake making begins every year on the Tai-an, an auspicious day in the Buddhist calendar in October. After the cutting in the rice fields is done, the winter making of sake begins with the Toji (head brewer) in command. 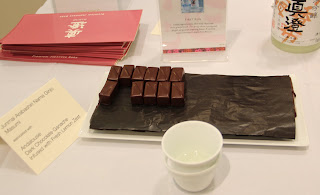 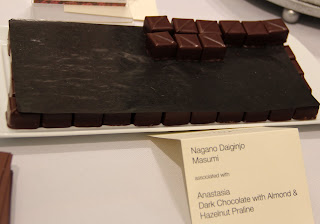 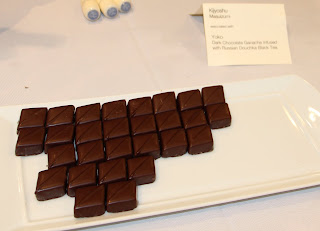 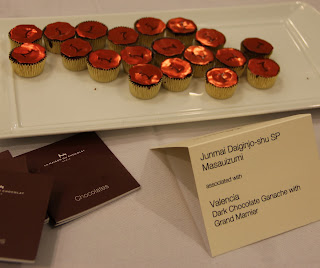 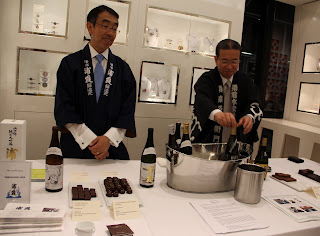 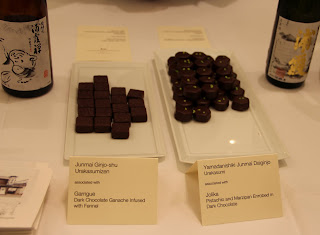 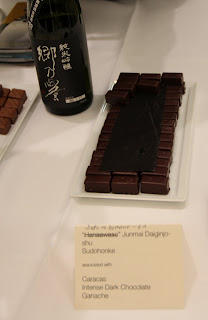 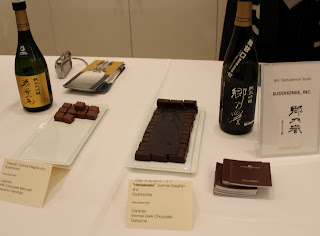