On Tuesday September 23rd, Warner Bros. Pictures and New Line Cinema hosted a VIP movie release party at Jekyll & Hyde in NYC for Annabelle, in theaters October 3rd. Attendees were able to meet with Annabelle and actor Tony Amendola from the film, while enjoying cocktails and hors d'oeuvres.

In full spirit of the film, guests were given an 'evil eye' protection bracelet and a curandero performed a cleansing ritual prior to meeting with Annabelle.

Annabelle is the prequel to The Conjuring, which I had previewed before its release and thought that was incredibly scary. There are a ton of horror movies coming out this month, and Annabelle kicks it all off for a frightastic October ahead!

Summary of the movie:
John Form has found the perfect gift for his expectant wife, Mia - a beautiful, rare vintage doll in a pure white wedding dress. But Mia's delight with Annabelle doesn't last long. On one horrific night, their home is invaded by members of a satanic cult, who violently attack the couple. Spilled blood and terror are not all they leave behind. The cultists have conjured an entity so malevolent that nothing they did will compare to the sinister conduit to the damned that is now... Annabelle. 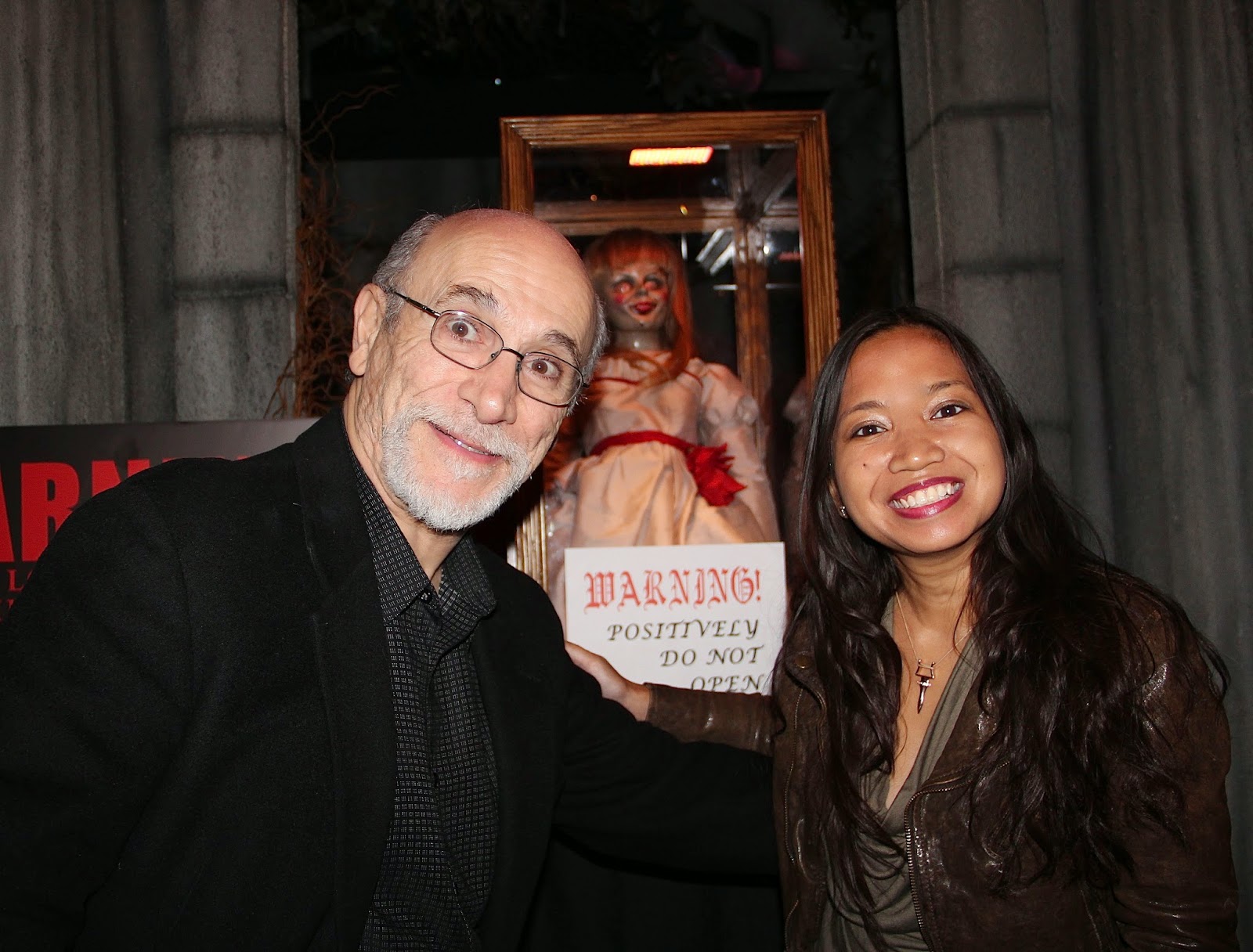 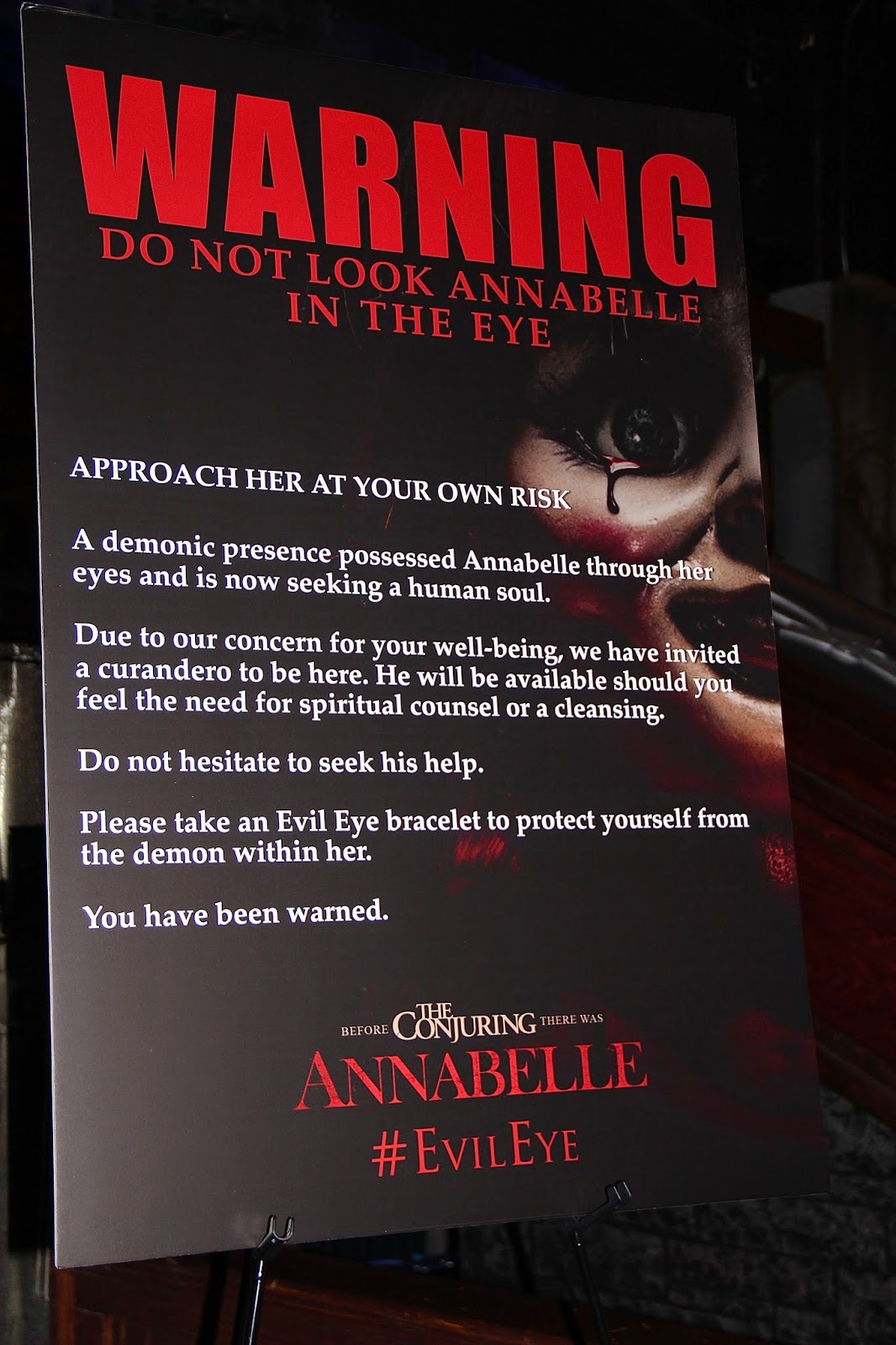 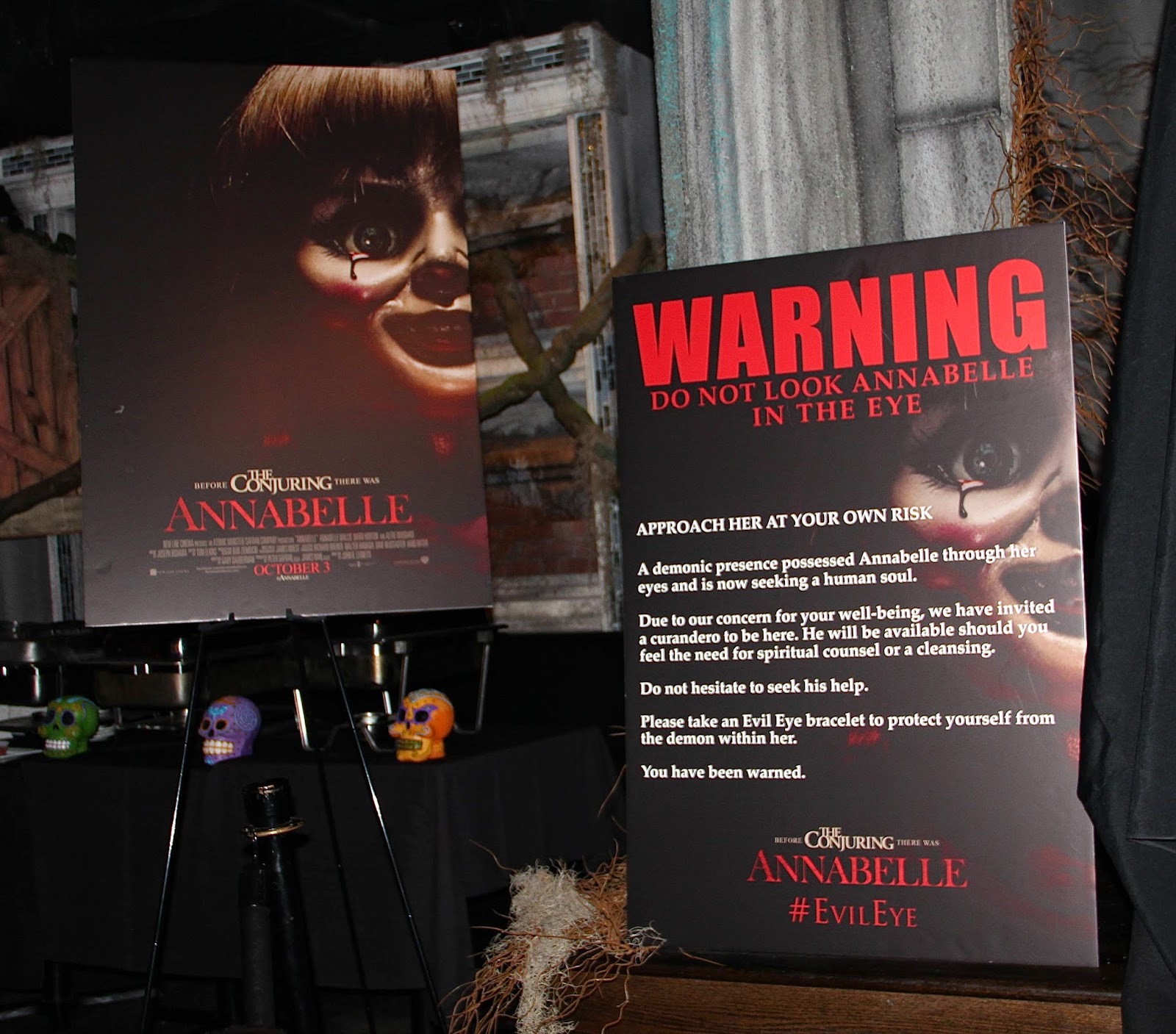 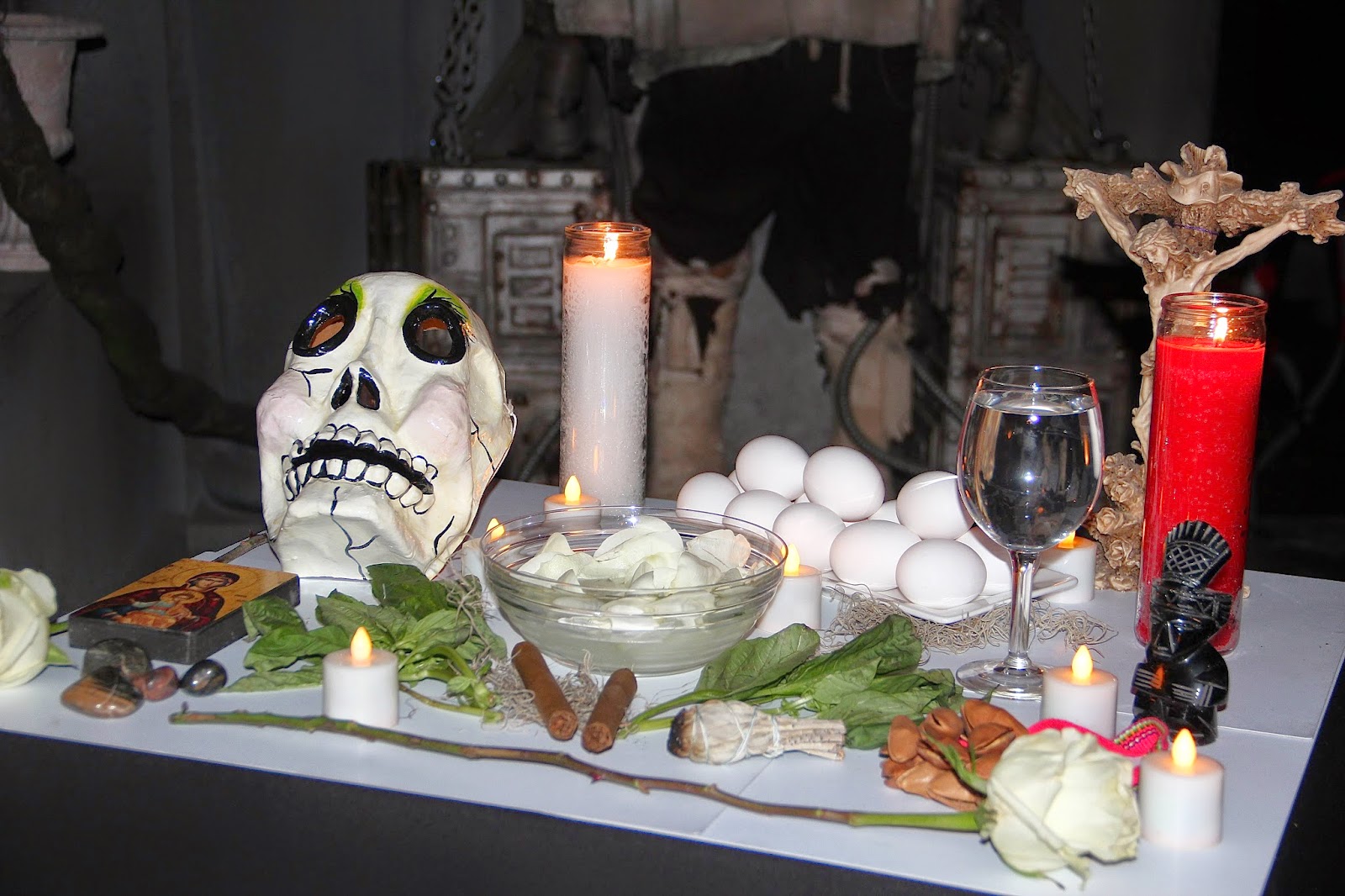 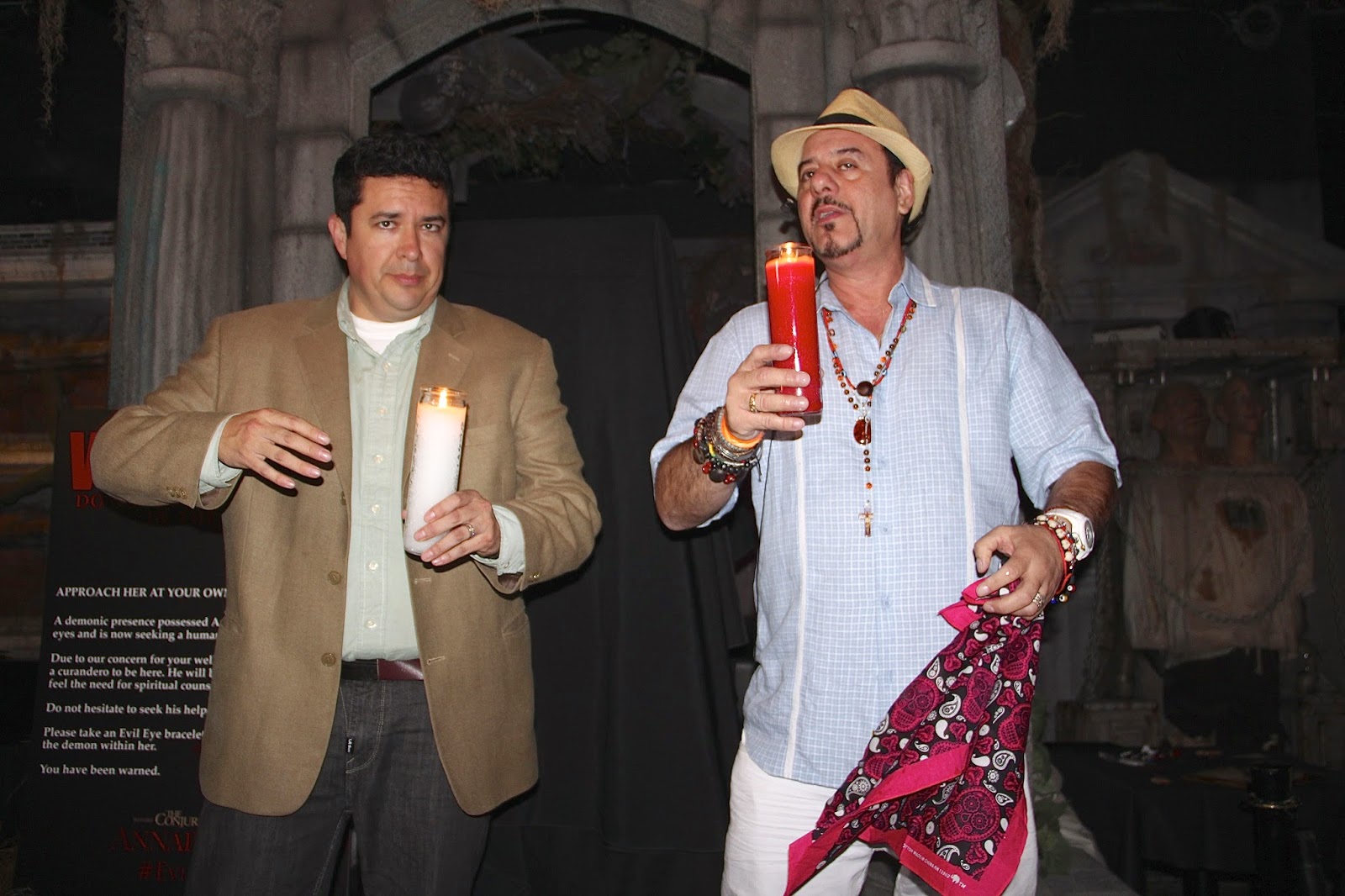 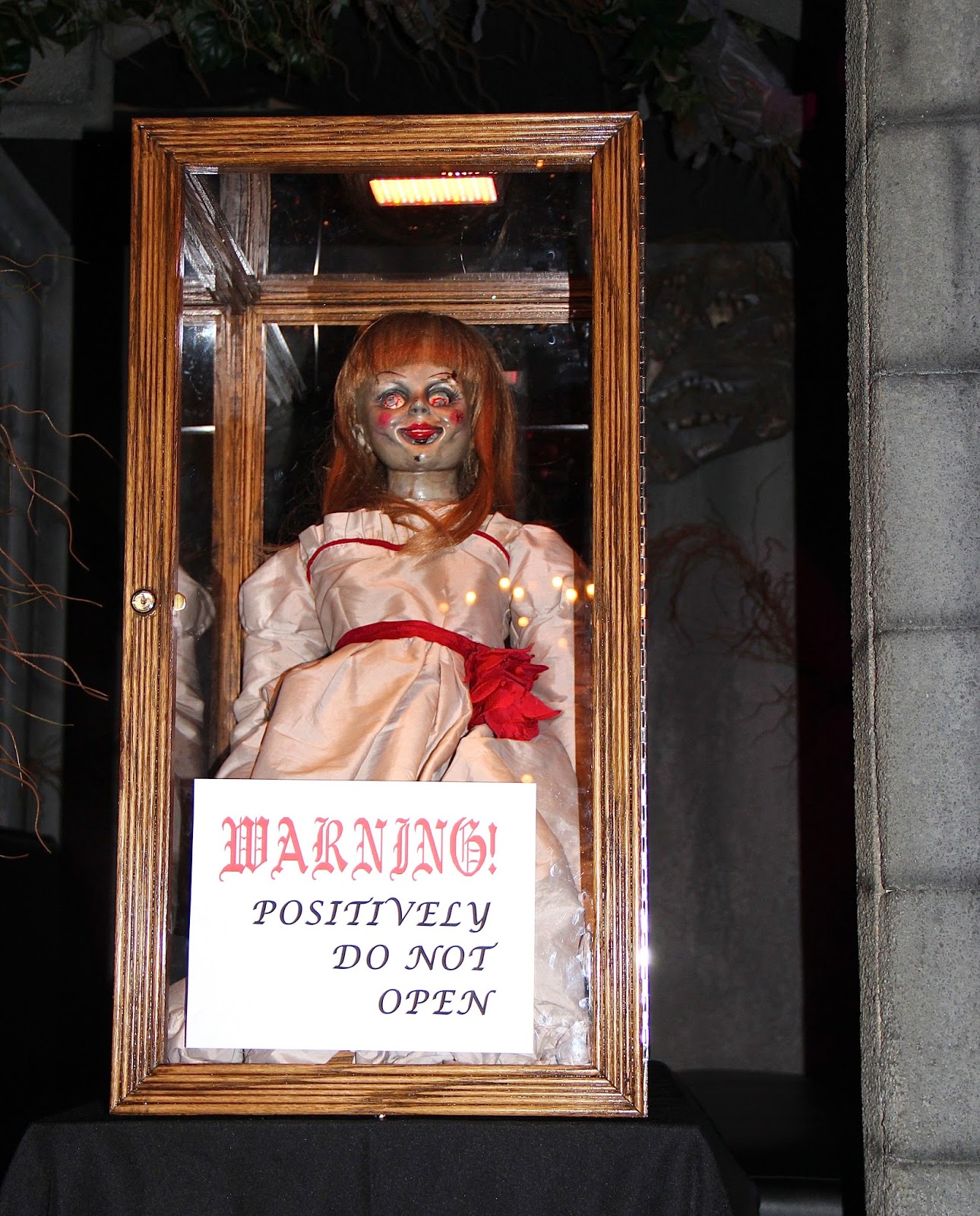 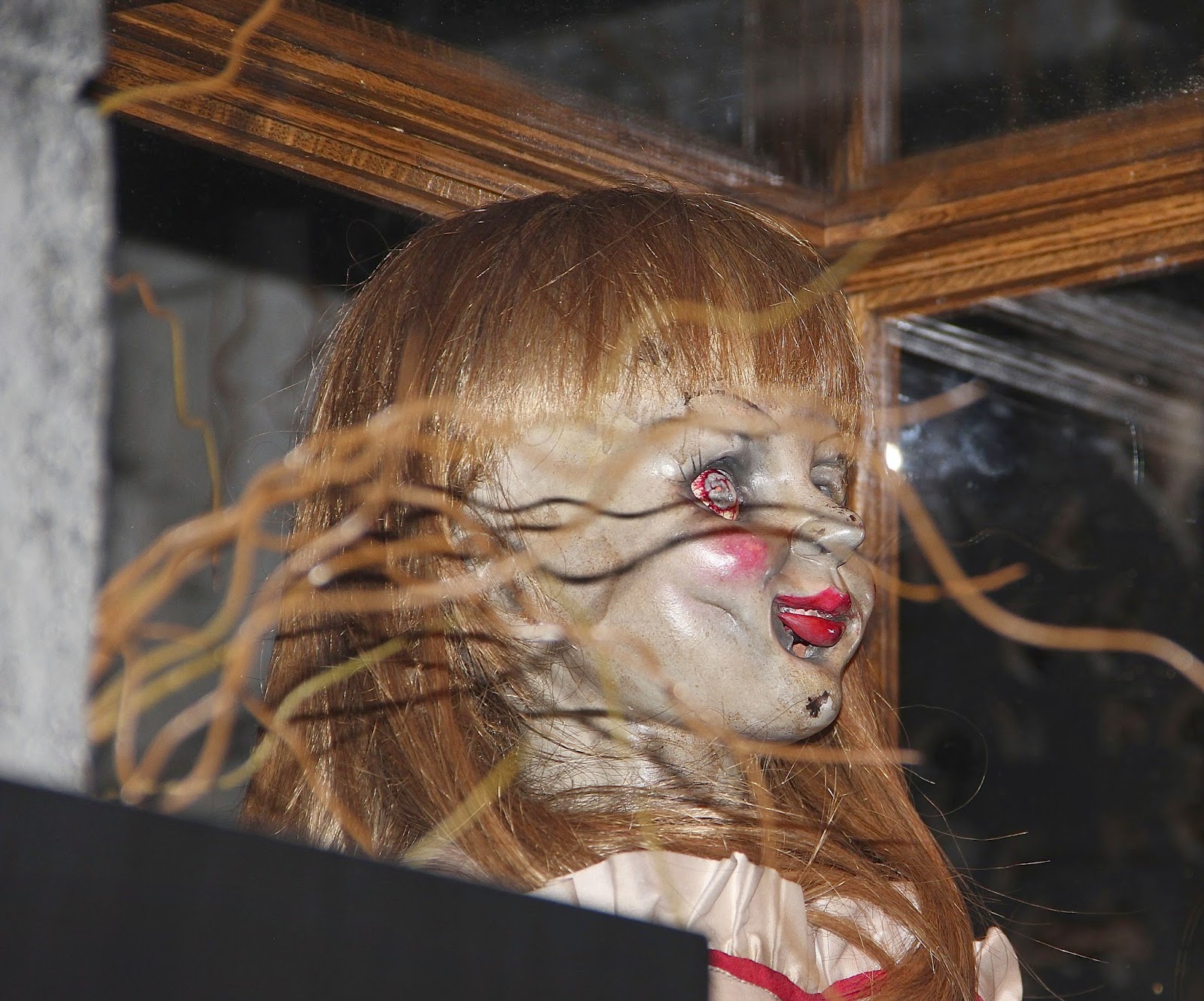 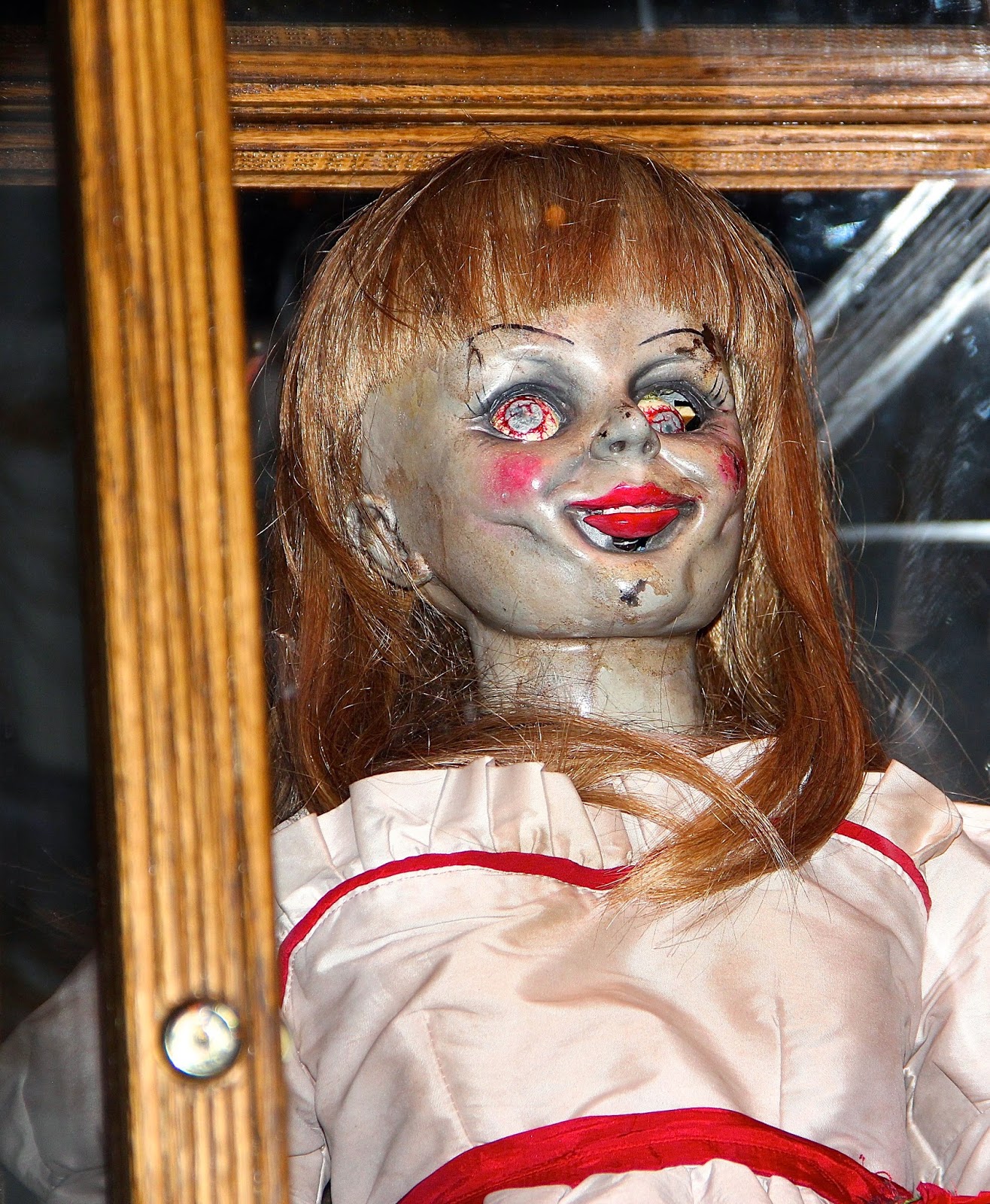