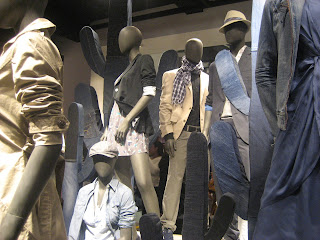 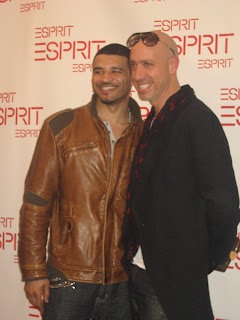 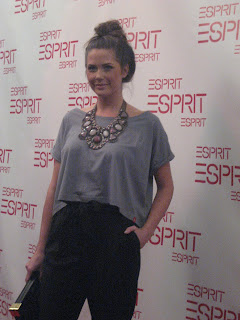 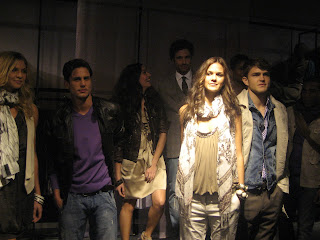 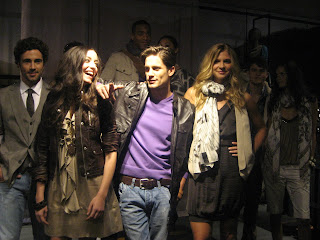 Tonight I attended the Esprit grand opening celebration at 34th Street between 5th and 6th Avenue. The three floor store, carrying men's and women's clothing and accessories, is the brand's largest in North America and second largest in the world, occupying approximately 18,000 square feet of space. This marks Esprit's fifth store in Manhattan, with other locations including Rockefeller Center, Flatiron, Soho and TimeWarner.
Celebrity attendees included Emmy Rossum, Jennifer Love Hewitt, Erin Lucas and Robert Verdi. Macy Gray arrived extremely late, performing her soon-to-be released single "Beauty in the World" to close the event.
Attendees received a raffle ticket, entitling them to choose a mystery gift card with different denominations of $10, $20, $50 and $100. I got a $20 gift card. I definitely saw some pieces I liked, including some cute dresses and a leather jacket. It was a fun night of champagne, hors d'eouvres and shopping.
*In honor of the Esprit 34th Street's grand opening to the public on March 25th and March 26th, Esprit 34th Street invites customers to "Love it and Leave it." At 9am, noon and 5:30pm, the first 50 people lined up outside who have an invitation will receive a wristband to participate. When they fall in love with a new Esprit outfit and decide to leave a clothing item of their own for donation to the Salvation Army, they get that outfit for Free! Anyone who is not participating in "Love it and Leave it" and tries on any item in the store will receive a $20 Cash Card. Get an invitation and learn more at: www.loveitandleaveit.com.
- Kim Weling
Posted by Kim Weling at 11:39 PM