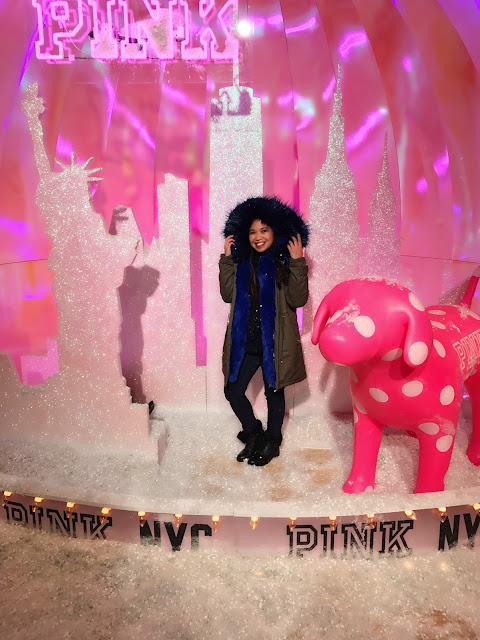 I finally made it to Victoria's Secret PINK 'PINK Snowed Inn' Experiential Holiday Pop-Up, which is a ten-day interactive winter wonderland, open from December 8 - 17th in Soho at 429 Broadway, just a few blocks from the PINK store at 565 Broadway. The pop-up is exclusive to PINK Nation members, and if you aren't a member you can download the PINK Nation App to access your invite.

The PINK Snowed Inn pop-up was a ton of fun, with several photo ops including a giant snow globe and PINK slide. You can also customize a complimentary $5 gift card, check out the bath bomb station, and choose a prize hidden behind the PINK Ornament Wall (I won a Let's Glow Face Mask). On the way out guests will receive a goodie bag with PINK freebies.

Make it there if you can for the last day, December 17th from 1 to 7PM. Just expect a long line, as they don't overcrowd the pop-up experience inside. 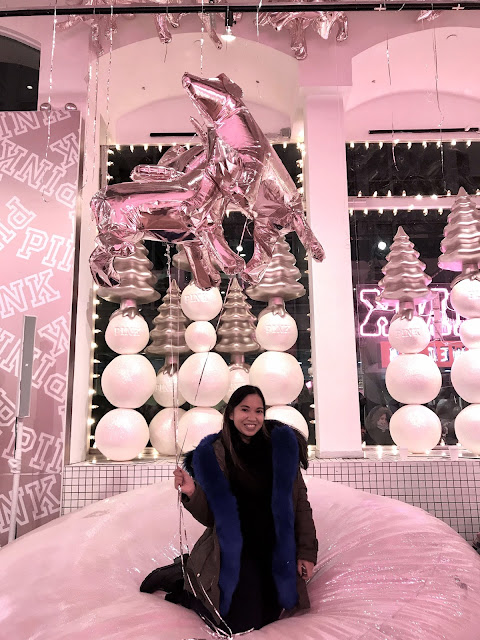 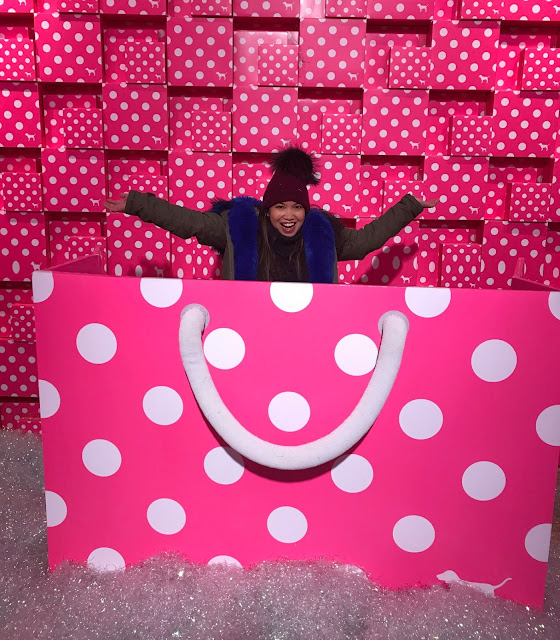 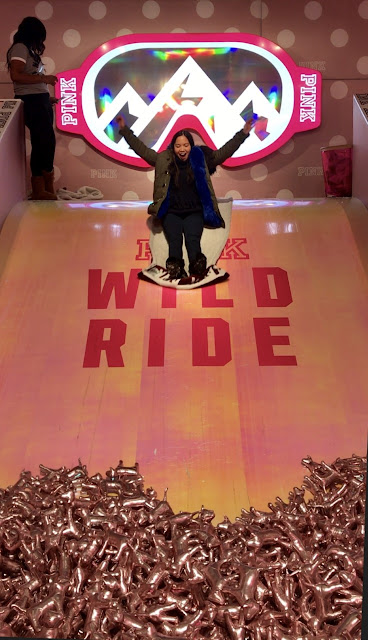 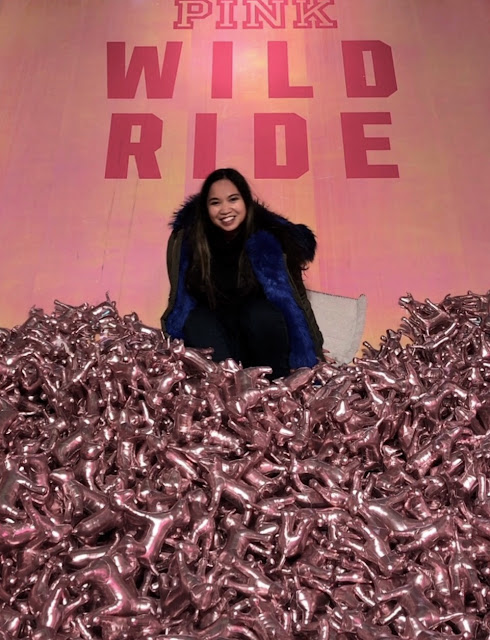 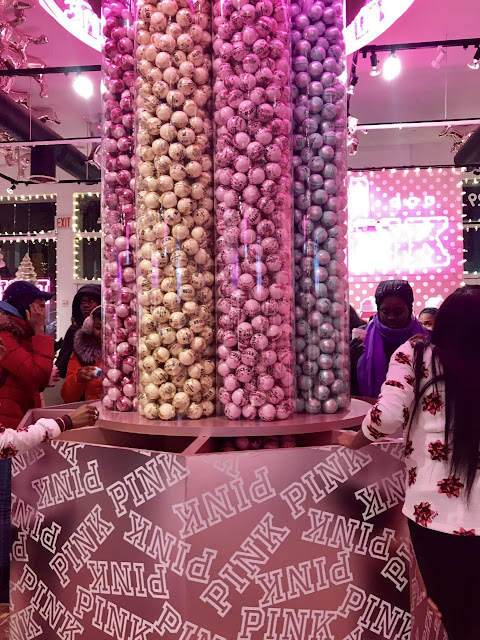 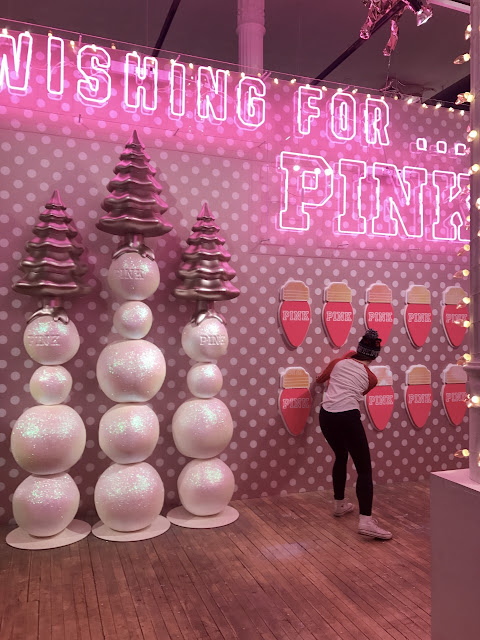